The event, which entails a screening of a Dec. 7 symposium convened by the VMF and held at Penn South, will feature a question and answer section afterward.

Professor Gerald Meyer followed with a discussion and sampling of Paul Robeson's interpretation of Negro spiritual and "sorrow songs."

Actor Roberto Ragone rendered a speech by Marcantonio defending Dalton Trumbo and his cohort in the Hollywood Ten.

Ragone then joined actors Art Bernal and Bernard Johnson in a reenactment of Robeson's appearance before the House UnAmerican Activities Committee.

Johnson followed with an interpretation of Robeson's eulogy at Marcantonio's funeral.

It was all captured on film and its viewing is open to the public. The event runs from 2 p.m. to 4 p.m. The address is 10 Jersey Street, New York 10012.
Posted by highwayscribery at 1:35 AM No comments:


Wrote Robeson: “I found a special eagerness among the younger, and I am sorry to say the more intelligent Negroes, to dismiss the Spiritual as something beneath their new pride in their race. It is as if they wanted to put it behind them as something to be ashamed or - something that tied them to a past in which their forefathers were slaves.”
Literary Debates
Harlem Renaissance writing was not monotone. The same skin color did not equate to the same set of ideas. There was debate regarding what the aims of black writers should be.
“One of the most consistent was that centering about the responsibility of the writer to his people,” noted Rubinstein. “Here the ‘old guard’ had no doubt that a black writer must be concerned with the race image his books presented while many of the next generation revelled in the new freedom to write without regard to general conventions.”
Yet youth did not translate into a common intellectual bond, either.
“Some rejected the idea of drawing on either African or Afro-American folk material,” Rubinstein dissected the shifting zeitgeist. “Some felt that their poetry spoke for their people while others declared they were not Negro poets, but simply poets.”
Among those she focused on was Claude McKay (1890-1948), author of Home to Harlem, Banjo, and Banana Bottom, which is about life in Jamaica and his best effort in Rubinstein’s estimation.
McKay, also a poet of note, ran with radical white writers in New York City, and wrote for communist periodicals only to later express disenchantment with the movement in a posthumously discovered, unpublished novel, Amiable with White Teeth.
Countee Cullen (1903-1946) produced four volumes of poetry including The Black Christ and the novel One Way to Heaven, an interpretative version of the Greek drama.
Arna Bontemps (1902-1973) wrote the poem, A Black Man Speaks of Reaping and served as chief librarian at Fisk University for 20 years. He also published the novel God Sends Sunday, several volumes of black history, and the historical novel, Black Thunder.
The Crash
The Renaissance flourished until the Depression dawned. “When the crash came in 1929,” wrote Langston Hughes (1902-1967), “white people had much less money to spend on themselves and practically none to spend on Negroes.”
Hughes saw irony in life returning to a diminished default setting for African Americans when the party abruptly ended. “I was there and we had a swell time while it lasted,” he wrote. “But some Harlemites thought the millennium had come. They thought the race problem had been solved through Art.
“I don’t know what made any Negroes think that,” Hughes continued, “except that they were mostly intellectuals doing the thinking. The ordinary Negroes hadn’t heard of the Negro Renaissance. And if they had, it hadn’t raised their wages any.”
Harlem Moves Left
The long-time Marcantonio staffer asserted that, in its heyday, the Harlem Renaissances’ artistic output did not much concern itself with socioeconomic issues, but that in the radical ’30s such awareness was inescapable.
“By 1932,” reported Rubinstein, “almost half the families in Harlem were on relief. The hunger, homelessness, broken families, misery on every side, forced any sensitive or thoughtful writer to a new concern with the daily life of his people.”
She cited James Weldon Jones who wrote, “There are dramatic values in Harlem too; but they have hardly been touched. Writers of fiction, white and black, have limited their stories to Harlem as a playground, and have ignored or not recognized the vital forces at work and efforts to cope with them.”
Rubinstein’s critique put great stock in realist writers, which she defined as those, “Who know and are concerned with the vital current which moves steadily beneath the innumerable eddies and confusing crosscurrents of life’s surface.” 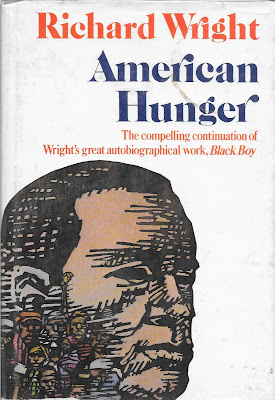 The ’30s brought to Harlem the marked presence of the Communist Party. This represented, Rubinstein asserted, the first time a large and disciplined group of radicals had concentrated its attention upon the black community in the United States.
“This awareness,” she explained, “led the Communist Party to encourage black artists, inviting their membership in the radical John Reed writers’ clubs and opening the pages of such publications as The New Masses and The Daily Worker to Negro writers.”
Among them was Richard Wright (1908-1960), described by Rubinstein as a writer who was “the first to introduce the blues and other folk material into written poetry and who had never really lost touch with the everyday life of his people in the streets and tenements.”
We see again the importance Rubinstein placed on Lukács’ assertion in The Historical Novel that, “A writer’s relation to history is not something special and isolated, it is an important component of his relations to the whole of reality and especially society.”
In the autobiographical “American Hunger,” Wright wrote that, “With the exception of the church and its myths and legends, “there was no agency in the world so capable of making men feel the earth and the people upon it as the Communist Party.”
He joined in 1933, also adhering to the Chicago branch of the John Reed Club.
Wright wrestled with the party discipline and the complexities of its internal politics while standing firm throughout the ’30s, until 1940 when he published his most famous work, Native Son, which Rubinstein noted, “made literary history.”
A publishing success, Native Son was criticized by the Communists for its depiction of protagonist Bigger Thomas, which they argued strengthened prejudicial stereotypes. Wright eventually left the Communist Party, detailing the rupture in “American Hunger:
“There existed in the Western world an element that baffled and frightened the Communist Party: the prevalence of self-achieved literacy. Even a Negro, entrapped by ignorance and exploitation - as I had been - could, if he had the will and love for it, learn to read and understand the world in which he lived.
“And it was these people the Communists did not understand. The American Communists, enjoying legality, were using the methods forged by the underground Russian Bolshevik fire, and therefore had to have their followers willing to accept all explanations of reality, even when the actual situation did not call for it.”
Three New Strains
Rubinstein identified three new strains of thought laced throughout the work of Harlem’s black writers in the 1930s.
She noted how Alan Locke had spoken caustically in the ’20s of Negro writers, “who got jazz-mad and cabaret crazy instead of getting folk-wise and sociologically sober.”
The first current addressed this bohemian by offering “a more intimate, realistic and respectful concern with the ordinary day-to-day life of black people in northern cities as well as in the rural south.”

Gwendolyn Brooks (1917-2000) became emblematic of this approach. The Pool Players. Seven at the Golden Shovel is an well-known example of the brand:
We real cool. We
Left school We
Lurk Late We
Strike straight We
Sing sin We
Thin gin We
Jazz June We
Die soon.
Brooks’ career would be capped by President Ronald Reagan’s 1985 appointment of her as U.S. Poet Laureate.
“The second theme that emerged with new force was history,” said Rubinstein “There was a great increase in serious Negro scholarship indicated by the establishment of such academic publications as the “Journal of Negro Education” and the “Negro History Bulletin.”
This interest was reflected in the works of poets such as Frank Horne (1890-1974) and Melvin Tolson (1898-1966).


The Third Theme was interracial cooperation, the most important and most characteristic of the “Red Decade,” and symbolized by white Communists joining blacks who were risking their lives in trying to organize a sharecroppers’ union in deep Dixie.
“In this heyday of black-white cooperation on the left there were a substantial number of Negro members in the industrial unions,” Rubinstein explained. “When a strike was called in the steel mills immediately after the war the management tried to hire black workers as scabs as they had done after the First World War. Instead of permitting themselves to be used that way, the black workers supported the union.”
Wright would enjoy further success with “Black Boy,” but America denied him any interracial harmony he might have hoped for so that he moved to France where he fell in with the Parisian existentialists who, led by Jean Paul Sartre, were trying to map a European path that avoided Soviet communism and American capitalism alike.
The Beat Poet Jack Kerouac called the Negro, “the essential American.” In Wright’s work, and in that of those named above, and still others, not only is the veil lifted on what lies in “the souls of black folks,” but on the soul of America itself.
Posted by highwayscribery at 5:28 PM No comments: